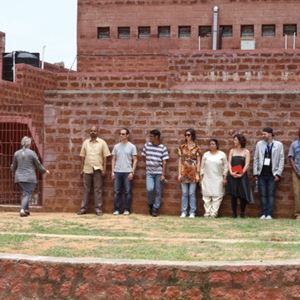 The Working Group was instigated by Baz Kershaw and Jacqueline Martin and had its first official working session in 2006. Since that time, the group continues to expand the network of researchers with each annual meeting, where the sharing of practice and subsequent group critical reflection informs and inspires new approaches to articulating and disseminating new knowledge within the vast fields of theatre and performance, gathered and obtained vis a vis creative (performance) practices. The term Performance-as-Research (PaR) covers various ways that different cultures, countries and academic contexts frame and name this kind of research.

Group members presenting at the Working Group sessions (25 each year) include researchers, artistic practitioners and theatre scholars representing Australia, Brazil, Canada, Finland, France, Germany, India, Ireland, Italy, Malta, Mexico, New Zealand, Portugal, South Africa, South Korea, Spain, Sri Lanka, Sweden, UK, and USA. Each year, up to 5 places are reserved for new members to participate in the group. Practical sessions at the annual conference are open to visitors to observe, although visitors will often be invited to participate in the workshop, at the discretion of the workshop facilitator(s).

The following themes and questions frame our ‘calls’ for engagement, in conjunction with the themes set by each institution hosting IFTR.

The IFTR Performance as Research Working Group has been a touchstone for the PaR/PBR field globally, setting the tone, guiding the focus, and providing the initiative for this discourse and body of activity since its inception. It therefore feels like a fruitful, even requisite moment for reflection, communal assessment and collaborative visioning in terms of the group’s mandate and energies in order to both fully capitalize on its many accomplishments, established profile, and accumulated status, and to ensure that its relevance, pioneering function, and international embrace are vitalized and enhanced. The collective membership of the PaR WG dates back even earlier than its first official session in 2006, and over the past four years we three have had the opportunity to work together within sub-groups, on panels, and throughout related conference activities. As a team of three artist-scholars, representing various parts of the globe (Manola: Indian citizen, based in South Africa; Bruce: Canadian; Johnmichael: American/Italian based in the UK), and with a range of research expertise and arts practices, we are well-equipped to build on the successes of previous convenors. Our general aim will be to assist the WG in moving towards an increased degree of articulation regarding its interests, activities, and ambitions, in accordance with changes in the Federation and developments within the field of PaR.

The IFTR PaR Working Group met for the 2019 conference in Shanghai, China.

In the Introductory session, Johnmichael provided an overview of the week’s schedule, and facilitated a variation of the PaR tradition ‘map exercise.’ The remainder of the session was allocated to sub groups meeting and planning for their sessions.

Members of the Curated Workshop Group intertwined aspects of their practice and methodological approach, which took the form of a physical workshop that had the working group migrating out of the studio space, through campus and into a public space, underneath an overpass on the streets of a rainy Shanghai. The following day, the group facilitated a feedback reflection session using a stream-of-conscious writing exercise as the initial prompt.

Members of the Performance Conversation Group entangled their current research topics and practice into a structured conversation designed around a set of rules and a fishbowl of prevailing topics and questions that were the residue of their planning sessions. The following day, the group facilitated a feedback refection, which was attended by group members and participants from the conference who took part in the experience.

The PaR Associative Spiral session (designed by co-convener) gave space for working group members to reflect along the same stream-of-conscious reflection that the Curated Workshop Group initiated on Day 3 of the conference. The Closing Reflection session was in part a business meeting to discuss the archive, plans for a book proposal and possible ways to stay connected between conferences; as well as feedback on session structures to be built upon and improved in Galway. We closed the session by returning to the work of the Curated Workshop Group that started the week; to end with practice—Orestes picked a vocal exploration led by new member Michal Friedlander.

In the Introductory session, Johnmichael gave a brief history of the group and an overview of the week’s schedule, followed by the traditional PaR ‘map exercise’ introduced to the WG by Dr. Jonathan Heron in the conference in Barcelona. The session culminated with an exercise that had group members reading, responding and exchanging to each members’ initial proposal. In the afternoon (session 2), members split into their subgroups to plan their respective co-curated sessions. Session 3 involved an embodied exploration of somatic memory, personal recollection and genealogies of learnt traditions from personal ‘pedagods’ (Rossi), to migrating pedagogy of Biomechanics (Fielding) and engaging with somatic memory and otherness (Aldape). The WG sponsored general panel invited Generative Constraints to present their work-in-progress ‘Breakup Variations,’ alongside PaR members Manola Gayatri and Laurelann Porter; all foregrounding practice as their research in performative presentations that explored themes of post-coloniality, transnational aesthetics and breakups. The panel culminated in a lively debate about the role of foregrounding research questions and stages of the research project in PaR to differentiate this research modality from performance as a solely aesthetic encounter.

Session 5 was an activation of different sites within the conference building through staged encounters that highlighted the intrusion and use of intimidation by various border controlling agents questioning the validity of belonging in a space, while exploring more personal otherings through memories of migration embodied, recorded and mediated. The interwoven workshop models often appeared seamless as one presenter led the workshop and then handed it over to the next making Annette Arlander comment on the potentials of disrupture.

Session 6 revisited the week’s beginning with somatic explorations and mediatised intersubjective encounters through more individual ways. Session 7, The Longtable; and Session 8; Closing Reflection explored methodological approaches for engaging the group as both a short and long-term thinking system, reflecting on the week’s work as well as brainstorming for the future.

The 2017 conference workshops and events hosted by the PaR Working Group was well-attended, with several new members presenting adn sharing practice in collaboration with a smalle core group of retuirning members: Annette Arlander, Emma Meehan, Laurelann Porter, Johnmichael Rossi and Christina Schmutz. The Pre-Conference Workshop, “ile ogbon ati aye:” house of life wisdom was led by Laurelann Porter, with guest artist Maestro Monza Calabar was organized in collaboration with the Performance and Religion Working Group, and was open to all conference attendees. Approximately twenty delegates participated. A developing model for pre-conference workshops, provides an opportunity to collaborate with other working groups, which has been an expressed interest of PaR and other working groups.

Four Sub-Groups each led a ninety-minute workshop designed around the intermingling of the group members ‘papers,’ which were shared and discussed in advance of the conference. Across the four groups, there were a total of 16 Presenters. An additional 5 conference delegates attended the workshops as Visitors and were given the choice to participate, document or observe the work.

In addition there was an Opening Session led by Co-Conveners Annette Arlander and Emma Meehan, which framed the week’s activities within the group’s eleven-year history and forward-looking trajectory. The Closing Session, involving a scaffolded individual-to-group reflection led by incoming Co-Convener Johnmichael Rossi. The Curated (General) Panel included paper presentations by two of the three incoming conveners, Bruce Barton and Johnmichael Rossi, as well as Ciane Fernandes of Federal University of Bahia. Panel Chairs Emma Meehan and Annette Arlander encouraged the panel members to design a highly interactive panel in the spirit of PaR, that ruptured the traditional structure for paper presentations. Beginning with Barton’s discussion of Unstable Intimacies via Mixed Media Memories, a Skype-enabled presentation via live video, where attendees were asked to pair up and communicate with one another through their smartphone messaging apps. Rossi’s ‘playper’ disrupts his own performance-lecture where the cross-contamination of his playwrighting and academic writing practices, forge written embodiments of three research projects; characters as vessels emerge from the audience. Fernandes presentation on When somatic meets performative transformed the presentation space into a laboratory as attendants were introduced to Somatic-Performative Approaches to Performance-as-Research. 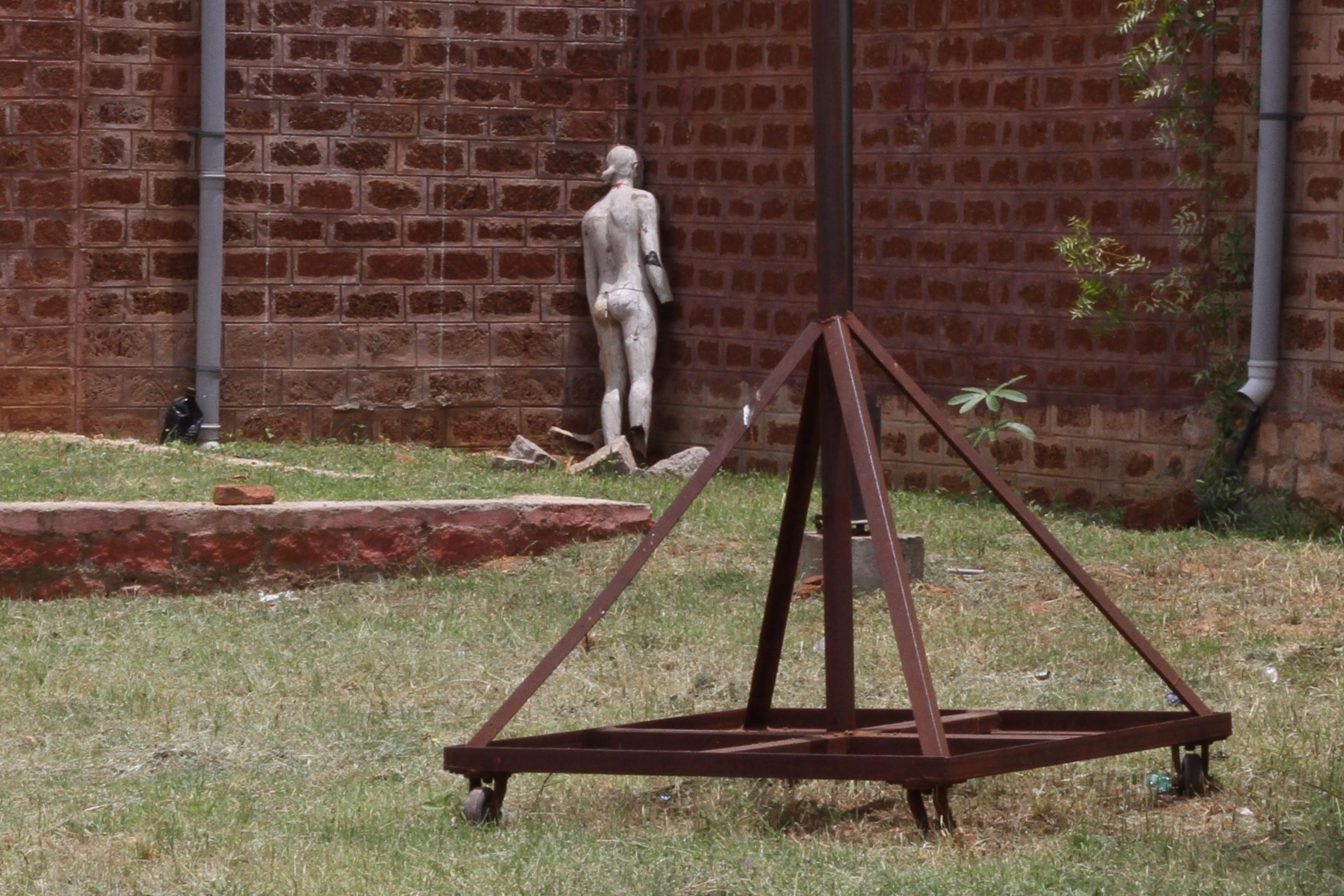 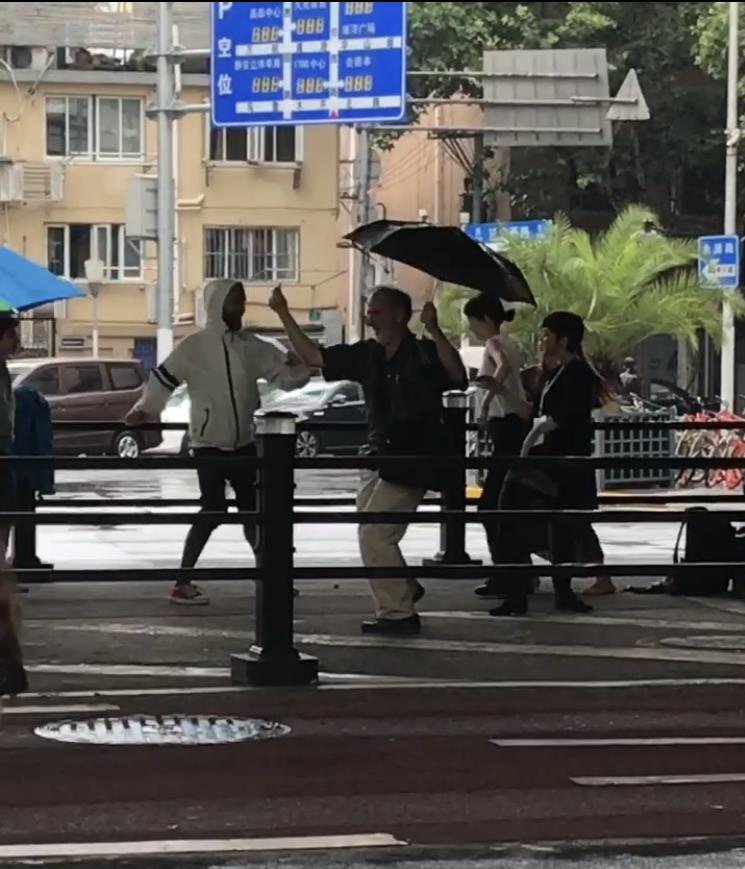 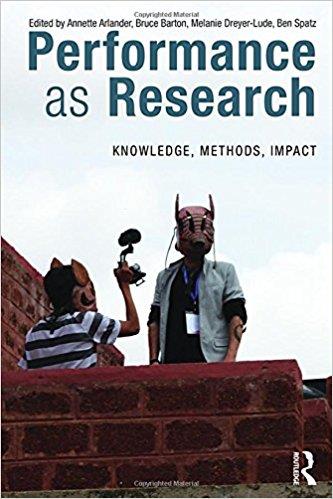