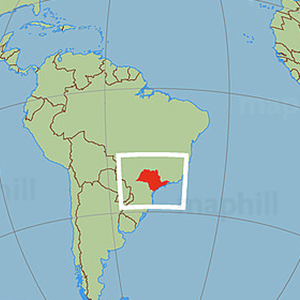 The discussions focused on the working group structure, the framing of calls for the annual conferences and future directions.

Nick Hunt explained that working groups were originally project-based but this is no longer the case.

Sofia Pantouvaki said that her postgraduate students who attended last year did not understand that they could submit to the working group. Sofia suggested that we need to make it clearer in calls that it is an open group.

There were discussions about how members might suggest themes, and becoming more involved in decisions about how we spend the week, in order to create a forum for dialogue rather than just a grouping of papers.

The convenors explained that IFTR is keen to support more crossovers between working groups. SWG members were positive about the possibility of more joint sessions with other working groups eg architecture, intermediality and others.

Nick and Sofia discussed the terms of convenors – Nick plans to step down after one more conference and Sofia will continue for another 2 years following that. Convenors will be on staggered 4 yearly terms. A new convenor will be needed following the next conference.

Matters arising from the previous meeting:

The need to involve more local scholars, this has been very successful in São Paulo.

Peer Review: Members were generally positive about the peer review process, however there was some feedback around the usefulness of peer review for such a short abstract. Nick and Sofia explained that the aim is that it is a supportive rather than selective process. It was agreed that peer review would continue.

Presentation format: Members were very positive about the 15 minute provocation and group discussion format. The possibility of introducing written feedback on presentations was discussed.

Sharing of Presentations on dropbox: Members found this useful in its current format where it is encouraged but not mandatory.

Publications arising from SWG, and future opportunities for publication:

·      Scenography Expanded has been released, edited by Joslin McKinney and Scott Palmer (Nebojša Tabački discussed his experience of contributing a chapter)

·      Theatre and Performance Design Journal – upcoming issues on video projection, models, design for opera, Bauhaus, as well as ongoing open calls. The journal also welcomes offers and suggestions for guest editors. The journal also offers a discount on institutional subscriptions for IFTR and TaPRA (Theatre and Performance Research Association) members. There are also opportunities for less formal contributions from emerging scholars and practitioners such as ‘influential designs’ and ‘report from…’ sections.

·      Studies in Costume and Performance Journal (Intellect – co-edited by Sofia)– open to submissions discussing costume across a broad range of performance practices, not just in theatre.

·      Theatre Arts Journal: Studies in Scenography and Performance (TAJ) (edited by past co-convenor

·      SWG as a forum for advice on publications year round, not just once a year at conferences

Other Ways to Support Members

·      Calls for papers for other events can be posted here

·      Resources section could be developed

SWG call for contributions for IFTR 2018 in Belgrade

Doesn’t have to follow conference theme but generally does. WG members agreed the calls have been written with enough openness to be inclusive while potentially attracting new members through the themes.

With thanks to Lucy Thornett for taking these notes.