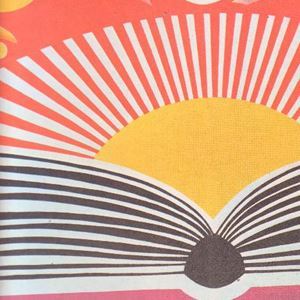 The Political Performances WG is concerned with all aspects of political engagement within theatre and performance. From its foundation in 2003, the group has met at every IFTR annual conference, welcoming members from all continents to discuss research and practice of political significance.

The group seeks to address the relation between theatre, performance and politics in the widest possible sense. Topics discussed range from theory to practice; from historical accounts to current case studies; from local and regional performances to general concepts and forms of political (re)presentation in performance; from feminism and post-colonialism to applied and community work, and from education and therapy to propaganda and censorship. Within this broad thematic reach (which does not necessarily follow the subject of each IFTR conference), PPWG strives to promote dialogue at a specialist level, which may take the form of research clusters around specific areas.

Trish Reid, Julia Boll and Cristina Delgado-García continued their PPWG convenorship in 2021-22, with Julia  as lead convenor for the group's meeting in Iceland. The PPWG received c40 abstracts and was able to accomodate 21 in the WG sessions. We also hosted one sponsored and two curated panels. The group remained committed to  pre-circulation of drafts prior to the annual meeting — which was done successfully again this year —  and to sharing the chairing of WG sessions among group members beyond the convenors.  We had an EXTREMELY productive meeting with many excellent papers and much cross-fertilisation of ideas. It was wonderful to meet again in person. In our final WG business session the group agreed that the current convenors would continue for another terms. We held one online reading group between Galway and Reykjavik and we set up a WG email address for easier communication. We are in discussion with publishers about a future edited collection.

Trish Reid, Julia Boll and Cristina Delgado-García continued their PPWG convenorship in 2020-21, with Cristina as lead convenor for the group's meeting in Galway. The PPWG received c70 abstracts for the 2020 conference which was, obviously postponed due to the Covid-19 crisis.  We were able to host 18 presentations in the online PPWG sessions, all of which were well attended, although time differences did impact on availability.  PPWG aslo sponsored/curated a couple of General Panels. In addition we hosted a short discussion/book launch  for the volume recording the work of the PPWG group during an earlier cycle, which is now published by Brill. The discussion was led by Paola Botham and José Prado-Perez. The group remains committed to  pre-circulation of drafts prior to the annual meeting, and to sharing the chairing of WG sessions among group members beyond the convenors.   Both initiatives were deemed welcome and successful at Galway. Strands of work proposed for the Reykjavík 2022 were discussed as was the possibility of establishing a reading group.

Trish Reid, Julia Boll and Cristina Delgado-García continued their PPWG convenorship in 2019, with Trish as lead convenor for the group's meeting in Shanghai. The PPWG received 55 abstracts for the 2019 conference. We were able to host 22 presentations in the PPWG sessions, all of which were well attended.  Members were updated about the volume recording the work of the PPWG during 2014-2017 cycle, led by Paola Botham and Mirae Aragay. The collection is forthcoming with Brill as part of their series Themes in Theatre, which is published in association with IFTR. The group is now committed to  pre-circulation of drafts prior to the annual meeting, and sharing the chairing of WG sessions with group members beyond the convenors.   Strands of work proposed for Galway 2020 were discussed.

Trish Reid, Julia Boll and Cristina Delgado-García took up PPWG convenorship in late 2017, with Cristina as lead convenor for the group's meeting in Belgrade. The PPWG received 70 abstracts for the 2018 conference. We were able to host 23 presentations in the PPWG sessions and 13 in PPWG-curated/sponsored panels within the general schedule, all of which were very well attended. In our business meeting, the working group size was discussed again, but members agreed that the variety of approaches to political performances within the group is fruitful. Members were updated about the volume recording the work of the PPWG during 2014-2017 cycle, led by Paola Botham and Lloyd Peters. The collection is forthcoming with Brill as part of their series Themes in Theatre, which is published in association with IFTR. Finally, we agreed to consult all our members with regards to: (1) pre-circulation of drafts prior to the next annual meeting, (2) capping of papers accepted if numbers continue to grow, and (3) strands of work proposed for Shanghai 2019.

The group received 22 paper proposals, of which 13 – from eight different countries – were presented at the conference, followed by lively and enriching discussions. One of the issues addressed during the business meeting was the (large) size of the group, which is considered a strength but does impose certain operational restrictions. Most members who were present at the meeting agreed on a continuation of a generally inclusive approach and a flexible 'policy' towards paper submission and presentation. There was a desire to keep PPWG sessions open to non-members, which implies that presentations should be accessible to those who have not read papers in advance, even when time may be limited to 15 or 10 minutes per speaker (depending on the number of papers accepted at a specific conference). A strong aspiration was expressed to create a permanent communication platform for the group, with password-protected areas. A new team of convenors, to be elected in 2017, will take this forward, as well as the organisation of the next meeting in Belgrade 2018.

The group received a record number of proposals for this meeting. A total of 34 papers were presented, 22 during our own sessions and 12 in general panels, including the PPWG-sponsored panel ‘A Turning Point in Theatre History? War, Spectacle and the 21st-Century UK Stage’, which was exceptionally well attended. To deal effectively with such a high volume of papers, we used the model of 'research clusters' that was piloted in Warwick 2014. The material was therefore divided in four clusters of eight to eleven papers, with each WG member being expected to read only the papers within their own cluster in advance. The purpose was to preserve the wide-ranging nature of our subject area without losing the unique opportunity that WG sessions offer to discuss work-in-progress among peers who are in the same field.

The collection follows three key topics around which the group’s research has converged in recent years, also representing major discussion points in current scholarship within the field. These are: the link between theatre/performance and political activism (a historical association which has been revitalised today in challenging global circumstances), the relentless interrogation (and reinvention) of customary forms of political theatre on the contemporary stage, and the shifting relationship between artists and audiences in the context of new performance practices with political implications.

In addition to our publication plans, we encourage ongoing discussion from existing and new members via formal and informal channels, including an invitation to post articles and discussion points here on the IFTR site.

The Political Performances Working Group invites proposals for participation from academics and practitioner-researchers at all career stages for IFTR 2022 in Reykjavík, Iceland, 20 to 24 June 2022. Read more

We would like to invite researchers to submit their work for discussion at the Political Performances Working Group meeting at the 2018 IFTR conference, which will take place on 9-13 July in Belgrade, Serbia. Read more