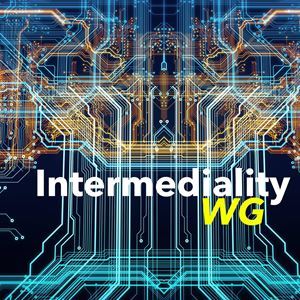 The Intermediality in Theatre & Performance Working Group was founded in 2003 and examines the interrelationships of theatre with other media, the combinations of different media in performance and wider digital/postdigital culture through a performance studies lens.

The Intermediality in Theatre and Performance Working Group has played a highly significant role in defining and mapping the field and continues to represent one of the leading international forums for the sharing of research in the study of intermediality in performance practices. The group looks at theories and conceptualizations of media in live performance, historical developments and transformations of media, and contemporary manifestations of intermediality. The group members work in diverse areas and within different methodologies but share a focus on the self-reflexivity of media, an interest in media applications and functions in culture and society, an analysis of technology’s effects and affects, as well as an understanding of theatre practice as an object and method of research.

The groups recent research interests include, but are not limited to:

We welcome early career researchers and postgraduate scholars (either as presenters or observer/participants),* and our WG panels are mostly open to new or non-working group members during the conference, with the exception of closed panel sessions for active group members to develop and plan new research projects and outputs (which are usually held on the final WG panel of the conference unless stated otherwise in the main conference programme).

Although our WG sessions tend to be paper formats, alongside conference papers we welcome a range of unique performance experiments and experiences (e.g. performance lectures, podcast submissions, audio provocations, headphone pieces, VR/gaming experiences) that compliment panel themes and enrich the group’s critical discussions. We disseminate our research through a variety forms – from journal special editions and edited collections to performance events. Our research group also attracts a variety of researcher-practitioners working in, or across a range of different media.

The Intermediality WG have been prolific and research active in terms of publications over the years (see the WG bibliography below), and we are currently working toward a new group publication in 2020, which will follow the contributions in previous years.

* Please Note: Postgraduate researchers may also wish to contribute to the IFTR New Scholars programme at each annual World Congress, but the IFTR rules prevent individuals from presenting more than one paper during the conference.

The group received 22 paper proposals, of which 13 – from 7 different countries – were presented at the conference, followed by energised and thought-provoking discussions. A reduced version of a networked performance called Hypernatural was also presented by Kònic Lab on 13th July 2017 at the Teatro Laboratório at the University of Sao Paulo.

With permission from the WG contributors and the International Journal of Performance Arts and Digital Media (IJPADM), we live-tweeted for the first time from all of our open WG panels using the IJPADM Twitter account to engage with an online audience with a shared interest in performance research in digital culture.

The final WG session was a closed roundtable discussion in which the following action points arose:

The group received a record 34 paper proposals for this meeting, the second highest number of paper submissions for any Working Group in 2018. 19 papers were presented from contributors from 7 different countries. To accommodate a larger number of speakers in 2018, we pre-circulated all WG papers 2 weeks in advance of the conference and reduced presentation times to 10-15 mins. for the first time in the WG’s history.

In addition, the possibility of a co-sponsored panel between the Intermediality and Scenography WGs had been discussed under the previous convenors in 2014/‘15, and we were delighted to finally realise this ambition in 2018 on the topic of ‘Digital Spaces and Migrating Forms - New Strategies for Performance’; this panel was exceptionally well attended and the papers examined the attention economy in the cellular age and the design of audience experience through online apps and mobile devices.

As part of the conference side program, Anna Monteverdi (who undertook her final year with us as co-convenor in 2018) helped to co-ordinate a lecture on ‘Immersive Virtual Reality Applied to Theatre’ by Prof. Massimo Bergamasco (University of Pisa), and we supported the organisation and delivery of a VR performance across the first 3 days of the conference called Hamlet Encounters by Eric Joris (founder of CREW), Chiel Kattenbelt, Aneta Mancewicz, Robin Nelson, Joris Weijdom and Urland Collective.

We organised a book launch for Intermedial Performance and Politics in the Public Sphere (2018) in our final WG open panel of the conference, which led to an in-depth discussion about the focus of the next collaborative WG publication.

The final WG session was a closed roundtable discussion in which the following action points arose:

We would like to take this opportunity to circulate the themes/topics/research areas coming from both the Sao Paulo and the Belgrade conferences.

In 2017, the IWG presented and explored areas around:

Questions were raised, such as: how does post-truth instate uncertain epistemologies? And, what kind of intermedial interventions are artists making?

We thought the list of topics would be useful, at this stage, to help fashion your abstract proposal for the book. You'll note that the summary themes, although varied, could identify in some way to the projects proposed.

We also used the closing panel session at both conferences to draw together themes and to discuss the possible research projects. Hopefully these discussions will also help to guide the abstract proposal.

In Belgrade we identified the proposed book project with the working title: Precarious Identities: Avatars, Activism & Postdigital Culture (and also the special edition of IJPADM with further details to be circulated by William W. Lewis).

Once we have received abstracts from the WG members for the book we can begin to shape it, and make more specific requests if necessary.

The clearance reader may come back with further suggestions, and individuals will be contacted as appropriate.

Please note: Although we can’t guarantee that the publisher will accept our proposal, the initial conversations have been very positive. If however, we are not successful with Palgrave the editors will endeavor to work with a different publisher. We will also forward any peer review feedback to the contributors following the book proposal.

In 2019, the IWG presented material within four themed panels on the following topics:

The group received 15 paper proposals for this meeting. 11 papers were presented from contributors from 4 different countries.

At the end of the final WG panel session, we dedicated 10mins. to updating the group on the developments with the new WG co-edited book proposal, Avatars, Activism and Postdigital Performance: Precarious Identities [working title], which has been submitted to Bloomsbury Methuen and is currently in the process of being peer-reviewed.

We also discussed the possibility of an IFTR: IWG Journal Special edition with the International Journal of Performance Arts and Digital Media (IJPADM), which would be due for publication in 2021. We talked through our plans to use the next CfP for the 2020 IFTR conference at the National University of Ireland in Galway (13th 17th July 2020) to shape and develop the focus of the journal special edition in line with the conference’s wider theme of ‘Theatre Ecologies, Environment, Sustainability and Politics’.

Members of the group expressed an ongoing interest in exploring ways in which we might capture and disseminate multimedia content/outputs online in more innovative and multi-modal ways, which we will consider further at our next meeting.

12 WG panel slots were available as part of the conference. Initially, we were able to schedule 19 papers over 8 panel sessions. Due to an absence we condensed two panels on the day.

The sessions took place at various times throughout the days and evenings so that the international demographic of the speakers and attendees could be accommodated for the online format.

We tried to schedule speakers considerately in ref to their time-zones. On the whole we think this worked well with regular attendance across all panel sessions.

SECRET THEATRE: THE SMARTPHONE EFFECT IN “AS IF NO ONE IS WATCHING” Abbie Trott (Graduate School of Humanities and Social Sciences, University of Melbourne)

THE SONG OF MATTER: 3D PRINTING, VIDEO AND

FROM ARGOS TO EROS Tim White (University of Warwick)

THE BODY AS DATA: REIMAGINING A REALITY FOR MIGRATING BODIES BEYOND THE LIMITS OF EUROPE’S DIGITAL BORDERS THROUGH PERFORMANCE Sidonie Carey Green (Royal Holloway University of London)

I AM GOING TO TURN INTO PETER: GLITCHING HUMAN-ROBOT INTERACTIONS Yaron Shyldkrot (University of Sheffield)

INTERNET THEATRE: A POSTMEDIA ANALYSIS OF TO BE A MACHINE AND RICH KIDS: A HISTORY OF SHOPPING MALLS IN TEHRAN Joseph Dunne Howrie (City, University of London)

PLACE-MIXING IN THE WILD CITY: CROSSING THE PROCESSES OF COMPUTATION, ORGANIC GROWTH AND URBAN REDEVELOPMENT Jo Scott (University of Salford)

UNMUTE: ‘YOU HAVE TO HEAR ME TALK, SO YOU KNOW THAT I’M HERE’ (DARKFIELD 2019) Lynne Kendrick (RCSSD)

The engagement with the online format was really positive. A regular number of participants contributed to the panels using the text boxes and audio options for questions.

The new convenors were announced following the working group election process. Dr Lynne Kendrick and Dr Christina Papagiannouli will convene the group conference until the end of the IFTR conference in 2025. Karen Savage and Liam Jarvis will hand over following the Galway conference 2021.

The forthcoming working group publication was launched during the conference. Avatars, Activism and Postdigital Performance: Precarious Intermedial Identities edited by Liam Jarvis and Karen Savage with contributions from working group members: Ralf Remshardt, William Lewis, Asher Warren, Yaron Shyldkrot, Lynne Kendrick, and Jo Scott. The book will be available from December 2021 with Bloomsbury Methuen and can be found here: https://www.bloomsbury.com/uk/avatars-activism-and-postdigital-performance-9781350159327/ 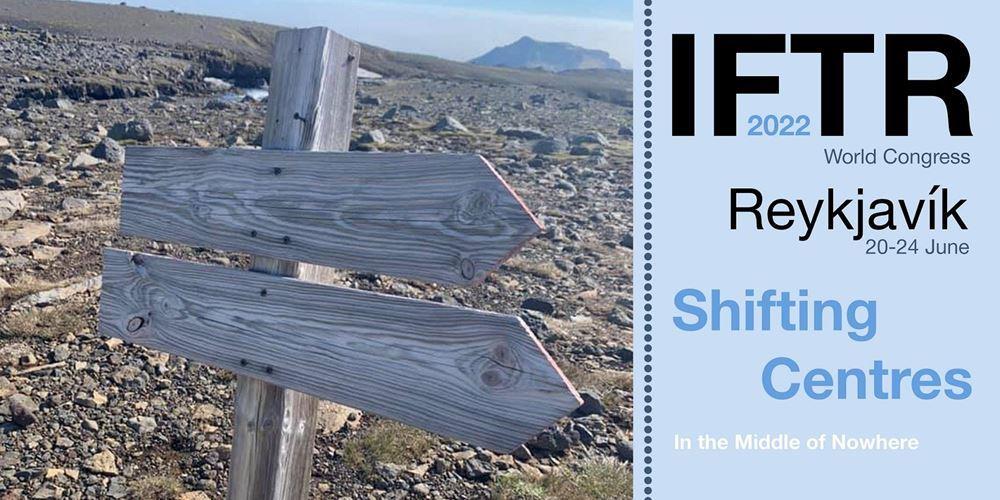 The Intermediality in Theatre & Performance Working Group invites proposals for participation from academics and practitioner-researchers at all career stages for IFTR 2022 in Reykjavík, Iceland. Read more 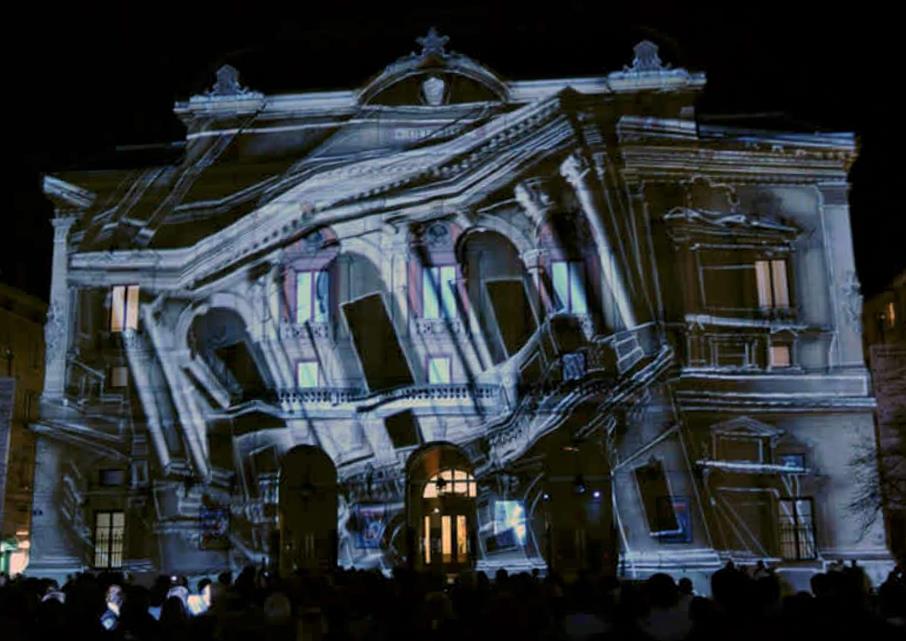 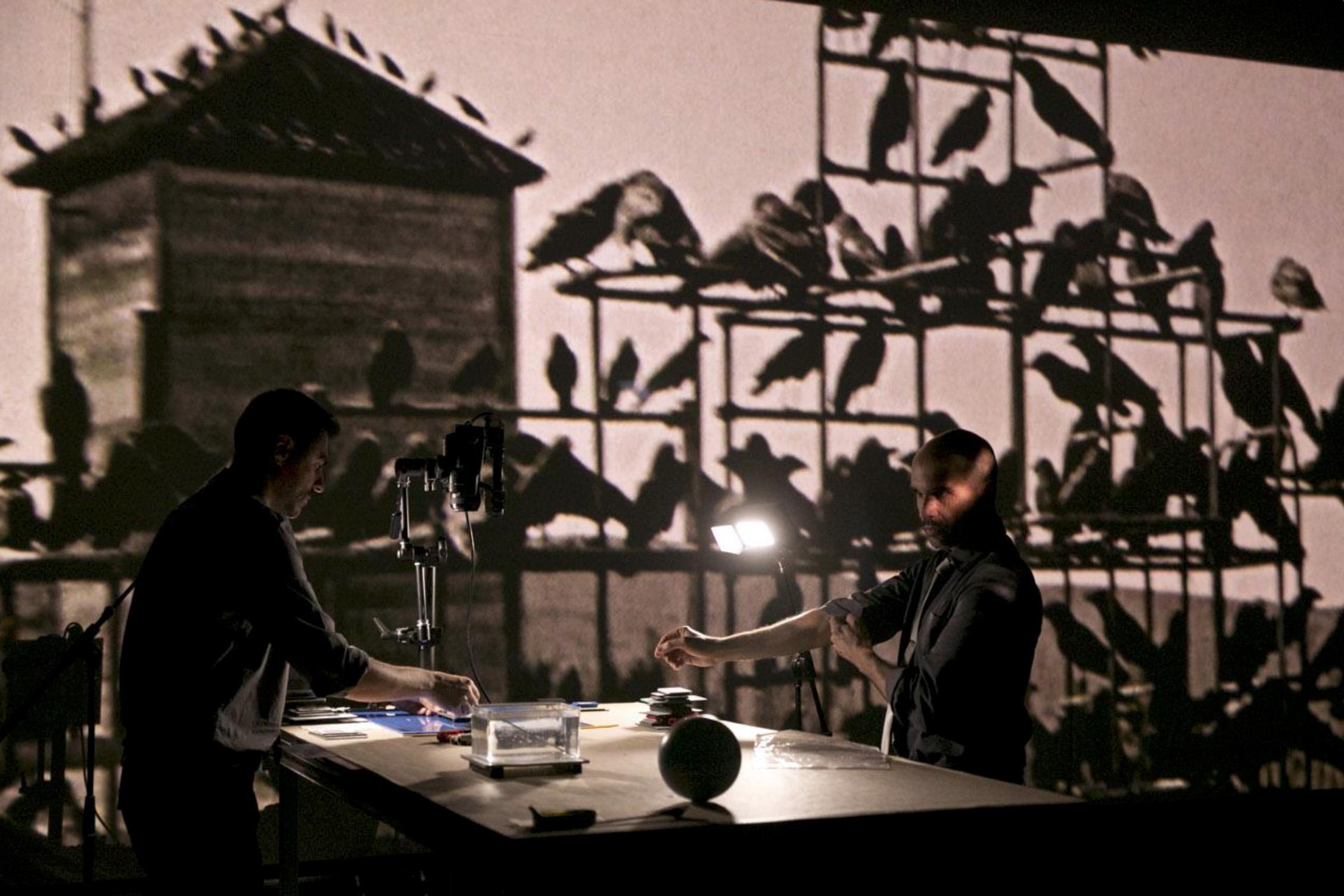 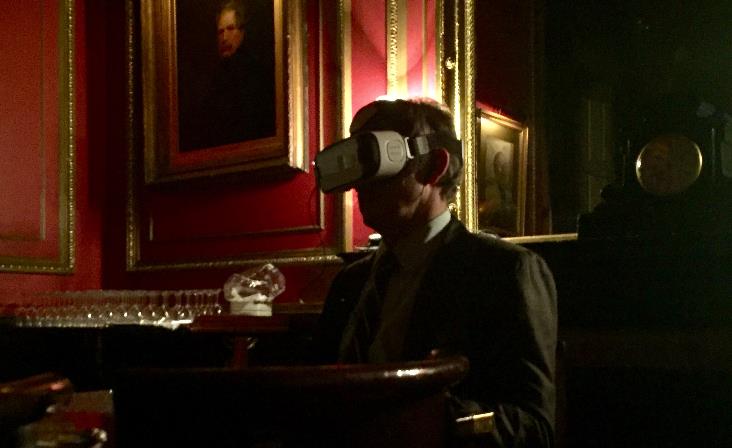 The Intermediality Working Group is inviting proposals for our forthcoming meeting at the IFTR annual conference in São Paulo in July 2017. Read more 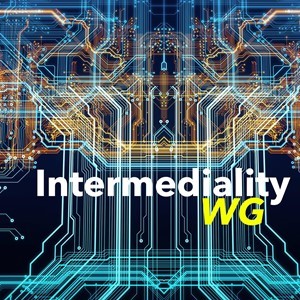