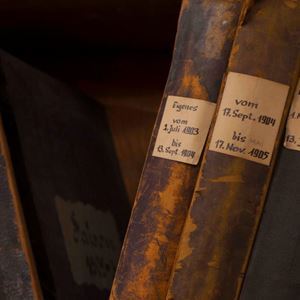 Since its establishment in 1993, the Historiography Working Group has aimed to encourage critical debate on methodological and epistemological problems related to the history of theatre and performance.

The Historiography Working Group considers itself as an open forum for debate and reflection that values exchange on methodological issues and the discussion of research. Historiographical questions discussed by participants may be illustrated through specific case examples, and there are no restrictions on the historical time or place a proposal might involve or on the kind of historiographical approach explored.

The Historiography Working Group works by circulating papers to members in advance of the conference for in-depth discussion in sessions at the conference. Any FIRT/IFTR member is welcome to attend, observe, and submit a proposal. Submissions are normally linked to a research project that the author currently has in progress. We welcome papers in all stages of development: from nascent 'thought' pieces to completed book chapters, although members may find it more useful in this forum to discuss earlier rather than later drafts. Writing on the year's theme is not required, but it is helpful for readers to know the goals and context of the work and what type of feedback the author desires. There are two possibilities:

a) Scholars share a work in progress, usually an article or book chapter excerpt (5000-word limit), framed by historiographical questions.

b) Scholars share a short essay (2000-word limit) that takes up a specific historiographical problem, possibly in response to the conference or convening theme.

The aim of the discussion is always to be constructive. It is a way of working that has been found helpful by young scholars inexperienced in presentation, and by scholars whose first language is not English, but it has evolved because it suits the needs of those who are working on a larger project, which is often seen to be growing from year to year.

For Call for Papers and more information see: http://theaterhistoriography.wordpress.com.

Stockholm 2016
There was a huge interest in the work of the group since the conference focused on critical perspectives on “Presenting the Theatrical Past”. The WG had a total of 23 participants in three formats: the working group’s regular meetings, the curated panel and the round table “The Future of the Past”. The round table aimed to discuss the discipline of historical research and the particular challenges and opportunities of theatre historiography today within and across national paradigms. It was decided to try out a new format of circulating short essays (2000-word limit) in São Paulo as another possibility in addition to the regular 5000-word-papers.

São Paulo 2017
Funding issues meant that only 13 of our originally selected 21 papers were presented in São Paulo, but nevertheless the group had a very productive meeting and was pleased to welcome a number of new members to our discussions both as presenters and as spectators. We were particularly pleased to welcome a number of Brazilian colleagues to the group for the first time. Papers presented were focused on different questions of historiographic method and approach across a range of different historical periods and geographical regions; [we also discussed publication practices and plans including the forthcoming Bloomsbury Companion to Theatre History and Historiography which will include work by a number of members of the group.]

The theatre history and historiography working group met in April 2019 for a three-day conference on the topic  of “Archiving Theatre”, hosted by the theatre department at the Freie Universität, Berlin. The interim meeting comprised of 8 lectures attended by all participants, two separate panel sessions of nine papers each, a rapport session on the panel discussions and a visit to the archive of the Academy of Fine Arts.

At this year’s meeting in Shanghai, the working group had a total of 5 paper sessions, a Historiography sponsored panel as part of the General Panel and a business meeting. Discussions were fruitful and thought provoking. Several recommendations were made to create more focused discussions around historiographical issues in future meetings.

In 2020 the IFTR conference in Galway was cancelled due to the COVID-19 pandemic. Following the conference’s cancellation, we decided to organize a virtual meeting on the basis of the planned Galway conference. The virtual meeting consisted of 12 papers: a total of 3 paper sessions, and a special panel on Theatre Historiography Today: A conversation on the current state and future of the performing arts and theatre and performance studies in light of the covid-19 global crisis. The meeting was open to all IFTR members, with a link provided via email from the conveners. Each of the 5 sessions hosted approximately 35-37 participants.

Mechele Leon, “The Environment of Theatre: Power, Resistance, and Commerce.” In A Cultural History of Theatre in the Age of Enlightenment. London: Bloomsbury Academic, 2017.

Cia Sautter, “Ending in Dance: Ethics, Religion, and Staged Movement.” In The Performance of Religion: Seeing the Sacred in the Theatre. New York: Routledge, 2017.

For more information about this Working Group

The IFTR Historiography Working Group will be meeting during the IFTR conference in Stockholm, Sweden, 13-17 June 2016. Read more