Call from the Performance, Religion, and Spirituality Working Group 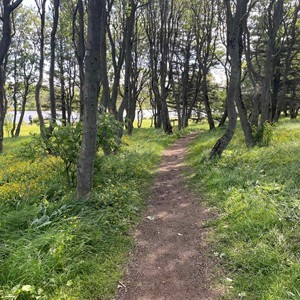 “The Stories We Tell: Myths, Myth-Making, and Performance”

Call from the Performance, Religion, and Spirituality Working Group

IFTR’s Performance, Religion, and Spirituality Working Group notes that the broad theme for IFTR’s 2023 conference is myths and myth-making. We think that examinations of performance and religion might be especially important to this conference theme.

We are interested, particularly, in work and play that understand myth not as fundamentally fictitious, but as part of reality, and perhaps even constitutive of reality. The analysis of the relation between myths and perception is indeed fundamental to understanding how stories shape and channel realities. For example, spirituality is experienced, performed and ritualized according to the narrations within which it occurs - in religious creeds for example - and such performative reiterations of stories and narratives produce realities in a constantly reciprocal loop.

There is at the moment an increasing interest in revisiting myth and storytelling in order to ground spirituality in matter, in the soil, and in its composting processes. Writers such as Bayo Akomolafe, David Abram, and Sophie Strand are few examples of authors who interweave academic analysis with mythopoesis and biology to sacralize matter and at the same time to ground spirituality in moving and becoming bodies. In such narratives, mythological beings, forces, and deities fall from the sky to become deeply entangled in all sorts of earthly and cosmological bodies.

Inspired by the crises of our times, contemporary artists look for new ways to view inherited myths and to re-activate them with our ability to to imagine all kinds of possible futures. Consider how Octavia Butler’s afrofuturism or how Ursula K. LeGuin’s science fiction intertwine the spiritual, the sacred, and the technological. But also we invite you to reflect on how “hyperobjects” have entered our imagination through the speculative writing of Tim Morton; to ponder on how technologies have allowed us to see within and beyond our biologically human gaze and to discover not only other living agencies moving and striving within our bodies but also, at a larger scale, to detect and see new macro phenomena, such as the vast islands of plastics floating at sea. But technologies are not only the machines and machinations of industrial and post-industrial times. Our bodies are sensuous technologies capable of producing specific perceptions, stories and languages, and are capable, in turn, of being crafted by them.

These are some of the matters about which we are thinking at the moment, but more can be proposed, related to the themes presented above. Which kinds of narratives and myths are required to re-imagine the human/s in the twenty-first century? How can performance and art generally contribute to this process? Which kinds of narratives can disrupt the spell of new liberal myths, allowing us to imagine alternative realities beyond extractive and exploitative practices?

Accordingly, we invite proposals for conference papers, participatory activities, performances, storytellings, mythopoesis, speculative fictions, performative lectures and other processes that might contribute, within a conference setting, to the group’s efforts to articulate how performance makes myth, but also how the practice of mythopoesis allows encounters between all kinds of bodies, from the cosmological to the microbiological, and in ways that are spiritually grounded in performance and performative practice.

Some of our suggestions are:

The Performance, Religion and Spirituality Group (PRS) is an open network of scholars and artists interested in exploring interconnections between forms and impulses of religions, spiritualities, and theatrical performances, and in attending to the ways performance and spiritual life have come into conversation, cooperation, and conflict, both historically and in the present. The working group is affiliated with two peer-reviewed journals. Performance, Religion and Spirituality, which is an open-access journal, can be found at prs-journal.org. Information about Ecumenica, a publication of Penn State University Press, can be found at www.ecumenicajournal.org

Any inquiries may be directed to the PRS convenors: