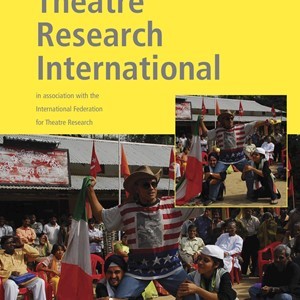 Call for Contributions to a Dossier for on:

In the last three years, the pandemic has transformed experiences of urban space globally. Access to public space has always been gendered as well as shaped by geographical location, race, caste, class and sexual identity. However, these traditional modes of differential access have been radically reorganised by the isolation and uncertainty engendered by the global pandemic. While ‘working from home’ was not an option for all equally (most notably, care-workers in an overwhelmingly feminized profession), confinement to domestic space also meant escalating incidents of gendered violence for others. For performers and theatre-workers all over the world, it was a time of intensified precarity, not only a loss of employment and income, but also a growing sense of artistic and professional purposelessness. While some were able to reorient this bewilderment through virtual and digital performances, for many grassroots performers and actors, especially in the global South, access to these modes of public engagement were limited. In countries like India, for example, street theatre performers and activists felt unable and unwilling to switch to the digital space, while the prohibition on public assembly struck an irrevocable blow to women’s protest movements. The recent upheaval in Iran has highlighted, once again, the critical importance of public assembly and street performances for the articulation of women’s rights and gender equality in the public space. This dossier would like to re-examine the importance of collective assembly, the right to the city and access to public space for different kinds of gendered performances in contemporary urban contexts across the world. Did the pandemic entrench the traditionally gendered divisions between the public and the private even further? What were the implications of such an entrenchment for women and non-men as well as those with marginalised sexual identities? What kinds of gendered performances or feminist articulations were constrained or bolstered by these transformations? What did confinement to the domestic space mean for the female performer? What kinds of economic precarity were specific to the gendered experience of performance and theatre work? What were the implications of the lopsided nature of gendered labour at a time when care-work within and outside the home had become the utmost priority? How were women’s articulations of political dissent affected by the embargo on public assembly and lack of access to the street? This dossier invites contributions of 2000-3000 words on these and related questions to be published in Theatre Research International journal, tentatively scheduled for October 2023 (TRI 48.3). Abstracts of 200-300 words should be submitted to the curators by February 5th, 2023. The selected contributors shall be notified by February 20th, 2023. Submission of full papers will be due by April 15th, 2023.