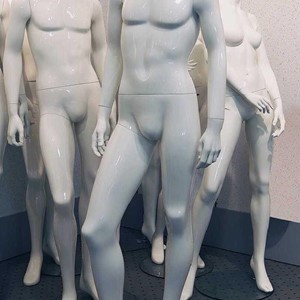 Academic reflection on masculinity appeared in the Anglo-American environment in the 1970s as a response to the dynamic sociocultural changes brought about by the sixties. As a separate field of research known as masculinity studies, it was fully established two decades later, although it is currently more often referred to as critical studies on men and masculinities, which emphasizes its strong relationship to critical theories.

There have been numerous attempts to frame masculinity. The multifaceted character of these reflections indicates the impossibility of elaborating coherent definitions of masculinity applicable to the same extent in diverse geopolitical and social areas. The complexity and instability of the concept of masculinity requires multiple conceptualizations revealing the multidirectional processes of constructing, enacting, reinforcing, upsetting or completely rejecting sexual paradigms in favour of fluid identity formulations.

Recent years have seen a marked increase in the problematization of masculinity in literary and cultural studies, but comprehensive reflection on the issue is still lacking in the field of theatre studies. One attempt to capture the ways of representing male identity in theatre and drama was the book Inna scena. Koniec męskości? published a decade ago and edited by Agata Adamiecka-Sitek and Dorota Buchwald, in which some of the authors exposed the mechanisms of patriarchal violence affecting not only women, but also men who do not fit the culturally valued and universalized ideals of masculinity. But the subject is not exhausted and needs to be further developed and updated, which is why we (together with our guest editor, Wiktoria Tabak) would like to invite scholars to reflect on the strategies of constructing masculinity in theatre – on stages, in plays and in cultural institutions. We are interested in different approaches broadening such perspectives and areas as:

We invite authors to send submissions on the above topics and their own proposals. We are looking for interdisciplinary, intersectional and multifaceted presentations of the issue of masculinity in theatre. Please send abstracts by 30 September 2021 to redakcja@didaskalia.pl