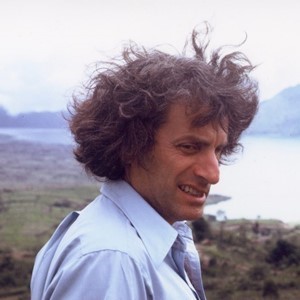 This symposium is aimed at celebrating the work of composer and architect Iannis Xenakis (1922-2001) on the centenary of his birth.

Xenakis’s work has not ceased to attract the interest of a wide range of artists and researchers. A large body of related work, artistic and academic, has been developing constantly in recent decades, ranging from archival study to artistic reworking of Xenakis’s original ideas. We are putting forward the idea of an interdisciplinary field of Xenakis Studies, in fruitful dialogue with other fields, including those beyond music or architecture themselves. It is our hope that such events as this one will foster a long-term symbiotic relationship between the arts and academic research.

The symposium is organised by

With the support of

The work of composer and architect Iannis Xenakis spans several fields, with significant contributions in instrumental composition, electroacoustic music, music theory, multimedia and site-specific performances, and architectural design. His vision pertains to topics such as city planning, studies of morphology, philosophy, or the role of the arts in relation to the sciences. He was a pioneer interdisciplinary artist and thinker. The study of his work is relevant and significant for understanding the history of modern music, art, and architecture, and their relationship to historical and political events since the second world war.

In recent decades the study of Xenakis’s work has seen a continuous rise in performances and recordings by a new generation of musicians and multimedia artists, as well as by symposia and publications. Moreover, access to the Xenakis Archives (www.iannis-xenakis.org) has helped to advance new research even further. We can thus refer to a broad field of Xenakis Studies that is increasingly in dialogue with fields such as new media art, sound studies, performance studies, politics, ecology, parametric design in architecture, or sound art. This field has already been established in a series of dedicated symposia: Paris 1998, Nice (France) 2001, Athens 2005, Guelph (Canada) 2006, Cologne 2006, London 2011, Nicosia (Cyprus) 2011, Paris 2012 and 2015, and Leeds (UK) 2017.

The present symposium will accommodate this renewed interest by inviting musicologists, musicians, architects, specialists of multimedia art, and artists to celebrate his legacy on the centenary of his birth and to share their recent or ongoing research on Xenakis. Please note that this call aims to attract original findings that have not been previously presented elsewhere.

Proposals can be in the form of:

The symposium’s language is English.

All proposals to be submitted via EasyChair.

All proposals will be judged and reviewed anonymously by the Scientific and Reviewing Committee of the symposium.

More information is available at https://xenakis2022.uoa.gr/