CALL FOR PAPERS STUDIA DRAMATICA NO 1/2019 : GRANDILOQUENCE AND DESPERATION - DISCOURSES ABOUT THE PERFORMING ARTS IN THE 21st CENTURY 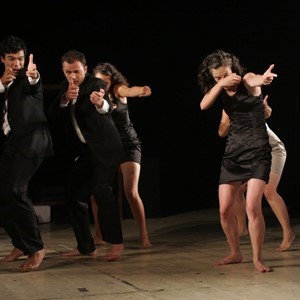 Theater critics find themselves, nowadays, in an “adapt or perish” type of situation and, while many see it as an opportunity, there are some who become obsolete in the eyes of the audiences.

CALL FOR PAPERS STUDIA DRAMATICA NO 1/2019

DISCOURSES ABOUT THE PERFORMING ARTS IN THE 21st CENTURY

From the Nāṭyaśāstra or Aristotle’s Poetics to social media posts or the new online review aggregators, discourses about theater have shaped the course of the art’s evolution, reflecting and influencing aesthetics, modes of production and models of social and political involvement.

The emergence and spread of “practice as”, “practice-led” or “practice-based” research paradigms, the growing interest for the performative function of arts archives, the fluidization and democratization of critical discourses, as well as the ripple effect of the performative turn define, nowadays, a climate in which theory and practice intermingle, seemingly re-bridging the gap between artists and scholars, between creators, historians and critics.

On the other hand, the subject of theatre criticism in and of itself appears to be tackled with mostly in relation to the axiological crisis the profession is seemingly facing, constantly challenged by practitioners for losing its relevance and for finding itself in a rut, while critics themselves seldom (although more and more often lately) question their own status in today’s society.

Likewise, arts journalism must be ceaselessly reshaped in order to fit the new digital paradigm shift. Reviewers and cultural journalists all over the world are faced with the challenge to readjust their evaluative discourses to a medium that is not always as friendly as its democratic nature might suggest. Consequently, critics and journalists alike find themselves in an “adapt or perish” type of situation and, while many see it as an opportunity, there are some who become obsolete in the eyes of the audiences.

The spectators themselves, through social media and the articles’ comments or rating sections, have developed their own (often dogmatic and aggressive) form of criticism, eschewing analysis and competence in favor of an enamored or ideological discourse.

§  New definitions of theater and performance. What “is” and what “is not”;

§  Artists’ and pedagogues’ discourses about their own work and art;

§  Functions and practices of criticism in the field of the performing arts;

§  New poetics and revaluations of the grand poetics of the 20st century in the field of performing arts;

§  Normative and formative authority of the critic in the 21st century;

Please send your contribution, by email, until March 15th, 2019 at the following address: studia.dramatica@ubbcluj.ro or directly to the issue editor at mihai.pedestru@ubbcluj.ro.

Studia UBB Dramatica is an open-access, peer-reviewed scholarly journal currently indexed by Proquest, EBSCO, and CEEOL international databases. We use the Chicago (footnotes) referencing system. For more information about the journal and for a detailed style guide, see: http://studia.ubbcluj.ro/serii/dramatica/index_en.html.