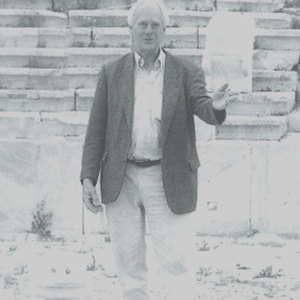 We just received the sad news of the unexpected and untimely death of prof. dr. Rob Erenstein (1939-2017).

Rob studied what was then called ‘Dramaturgy and history of the dramatic art’ at the University of Amsterdam where he was appointed as lecturer in 1969. Later on he became associate professor and from 1998-2004, when he retired, he held the chair at the department of Theatre Studies. He was an expert in the history of Dutch and Flemish theatre as well as in the Commedia dell’Arte and, later on, in theatre iconography.

Rob was a long-standing member of the IFTR, has served on the executive committee and has been a Vice President. As organiser he hosted an International symposium on Iconography of the theatre (Amsterdam, 1983) and an IFTR congress on Theatre & Television (Hilversum, 1986). Also, he was one of the conveners of the theatre iconography working group.  Many in the federation will have known him and will be sad to hear he is no longer among us. His colleagues from the Amsterdam University remember him with kindness and for countless Dutch and international students his lectures and tutoring are an unforgettable and inspirational example. He certainly will be missed.

1 posts
Tapati Gupta
I am deeply aggrieved by the death of such an erudite and popular colleague. he will be missed by the theatre fraternity, those who knew him personally and those who heard of him too.
May his soul rest in peace.
Tapati Gupta
You must be logged in to leave a comment
Submit a news article