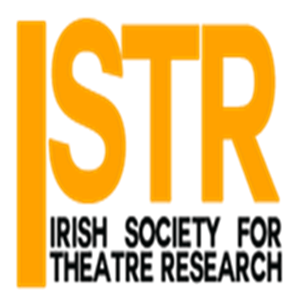 The 2018 ISTR conference invites proposals for papers and practice-based presentations focusing on issues of identity, community and place as they relate to theatre and performance. Neil Murray and Graham McLaren, currently joint artistic directors of the Abbey Theatre, noted on their 2015 appointment:

‘We believe in the concept of a national theatre that reaches all of the country. This applies to touring work, but also addresses the issue of where shows and projects are rooted and made, regardless of geographical remoteness or perceived social barriers.’

Both directors were instrumental in the development of the National Theatre of Scotland: a ‘theatre without walls,’ committed to sharing the stories of different Scottish communities. In 2016, the NTS converted an old steel warehouse into its headquarters, calling it Rockvilla after the former name of its canal-side location in Glasgow – a district title that faded from maps as the industries that characterised the area gradually disappeared.

Within both contemporary and historical theatre and performance contexts, moves toward cultural regeneration are entangled with a range of geopolitical and socioeconomic factors – most keenly felt in regeneration projects that displace established local communities and customs. In Europe, efforts to redress a metropolitanism that positions capital cities at the pinnacle of national cultural capital coalesced in the latter half of the twentieth century, reinforced by EU cultural policies such as the establishment of the European Capital of Culture in 1985. More recently, the Arts Council of England has sought to redress funding imbalances by boosting its funding for regional practices. Considering these and/or related matters, proposals could respond to any of the following themes:

§  Gentrification and the Neoliberal

Proposals for individual presentations or panels of 3-4 presenters should be sent to the conference organisers: Siobhán O’Gorman (sogorman@lincoln.ac.uk), Anna Scheer (ascheer@lincoln.ac.uk) and Andrew Westerside (awesterside@lincoln.ac.uk). Your proposal should include a 300 word abstract along with a biography of not more than 200 words (per individual if proposing a panel).

A limited number of small bursaries will be available to support postgraduate students who wish to present as part of this event. If you wish to be considered for a postgraduate bursary, then please indicate this in your proposal. Bursaries will be awarded competitively, based on the quality of postgraduate proposals received. These bursaries are courtesy of last year’s host institution: University of Nottingham.

Lincoln is one of England’s heritage cities, home to one of Europe’s finest cathedrals and a 1215 Magna Carta set in a stunning visitor centre at Lincoln Castle. It offers a vibrant social scene, with many bars and restaurants, as well as independent shops lining Steep Hill and boat trips on the marina. Further information: https://www.visitlincoln.com/

It is approximately one hour on the train from Nottingham, and – if booked early – very cheap flights are available to its nearest international airport, East Midlands Airport. Direct transfers between East Midlands Airport and Lincoln can be arranged at affordable prices if travelling in a group.

Lincoln’s central location allows for easy access to a number of other international airports including Manchester Airport, Birmingham Airport and Humberside Airport. Journey times from these airports to Lincoln can vary although typically take 2 to 3 hours. Lincoln railway station is a 10 minute walk from the University of Lincoln’s city Brayford Pool campus. There are also frequent rail connections to major cities around the UK including London, Sheffield, Nottingham, Leicester and Leeds, and Lincoln is also served by The National Express coach service.