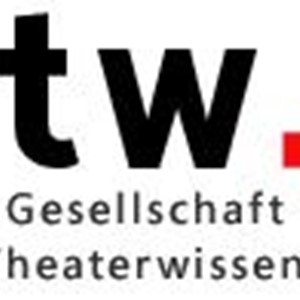 Under the heading “Theatre as Critique”, the organisers of the 13th Congress of the Society for Theatre Studies invite researchers to examine theatre as a critical practice!

Congress of the Society for Theatre Studies, Frankfurt and Gießen, 3.-6. November 2016

Under the heading “Theatre as Critique”, the organisers of the 13th Congress of the Society for Theatre Studies invite researchers to examine theatre as a critical practice. With the crisis of the classical groundings of both theatre and critique in mind, the congress aims at a reconsideration of, on the one hand, the history, theory and issues of theatre and, on the other, the concept of critique. At the heart of the debate, therefore, is not just the subject matter of theatre critique but rather critique itself. Plenary speeches and shorter contributions on 8 different subject areas will be complemented by performative formats, visits to the theatre, talks and scenic contributions from students of the Hessian Theatre Academy (HTA).

One quality of the figures of thought reoccurring throughout the discourse of the occidental theatre is that this theatre – especially where it deals with aspects of the political but also with social practices and tradition – can be seen as a critical examination of that tradition. Theatre as critique is a revision of decisions made elsewhere, a negotiation of the myths picked up upon in the theatre, of historical events and of processes.  It is a scenic articulation of an It should be different (Theodor W. Adorno) – even when there is no apparent alternative to that which is being propagated as the one and only solution. Philosophers, church dignitaries, dogmatists and guardians of virtue hostile to the theatre have all contributed to this view of the theatre – those who fear the subversive power of the stage, who seek to demonise the theatre and its practitioners – as have those who speak out in favour of the theatre, who in it see a means to criticise both personal and social transgressions, an institution that is able to unsettle authorities that have been constituted elsewhere, that can criticise untenable ideological positions and dissolve patterns of order and doctrines of any kind. Theatre – in accordance with a view widely held until recently by theatre practitioners and commentators – is a critical practice.

This view has very recently found itself on shaky ground. It has been radically questioned by two schools of thought, both with regard to the concept of theatre that it idealises as well as in relation to the often all too simple definition of the term ‘critique’.

– The notion of the theatre as a critical entity is idealistic, as it renders a certain concept of theatre absolute. It conceals the material conditions of theatre as well as its, at best, indirectly critical purposes of entertainment, pleasure and cheerful evening activity. On an individual level, it puts aside the satisfaction of one’s own narcissism frequently connected with the theatre, and, on an institutional level, it ignores all sorts of aims pursued with the theatre. Moreover, critical theatre – therein comparable with political theatre – must ask itself if its critique, as a rule, is little more than a kind of preaching to the converted. Its references to its own critical potency seem to self-legitimise an institution that not infrequently reaffirms and solidifies norms – precisely in the critical mode. On the other hand, that which marks theatre as an autonomous art form undermines the heteronomous aims it follows, including critique. Thus, perhaps behind the concept of theatre as a critical practice, there lies hidden a charged relationship whose two poles are theatre and critique.

– Additionally, the generally accepted idea of theatre as critique seems too simple with regard to the concept of critique perpetuated within this idea, which has been radically shaken in the last few decades, and not without reason. We refer here to the radical criticism of traditional Marxist ideological critique undertaken by Adorno/Max Horkheimer in the Dialectic of Enlightenment, which Adorno once again takes up in his oft-cited essay “Cultural Criticism and Society”. Secondly, we bear in mind Foucault’s genealogy of critique, which he carries out as a proponent of, on the one hand, desubjugation in relation to forms of the art of governing human beings and, on the other hand, of the rejection of every fundamentalist critique, which Judith Butler has taken up in more recent times. All three have enquired into the foundations on which critique is based, as well as the possibility of post-fundamentalist critique (Butler). The task of shaking the foundations, for which critical theory and post-structuralism both stand, affects, as they illustrate, not least all traditional forms of even proto-totalitarian critique.

In opposition to the twofold, radical questioning of the legitimacy of theatre as critique is an increasingly more urgent quest, above all since the turn of the millennium, for new forms of critical practice in the theatre, performance and action art. Theatre as a critical practice is driven by the wish not just to relate to reality in the modus of a contemplative doubling, but rather to assert theatre as a critical examination of untenable conditions, policies and normalisations, as an alternative concept to existing realities, a site for protest, political intervention and utopia. Without forgetting the aporias of the classical grounding of critique and with view to the questionability of traditional and contemporary approaches in critical theatre today, the congress will discuss the question of how we can reconceive theatre critique, understood in a double sense: How does theatre criticise? Which kind of critique could be formulated with view to today’s theatre practices?

These questions can be discussed in various sections at the Congress of the Society for Theatre Studies. The following thematic emphases are thinkable:

3. Critique of the dispositive of the theatre in the past and the present

4. Theatre as a critical practice of thought and action

6. Theatre studies as a critical practice

7. Critique and the public sphere in the theatre

8. Hostility towards the theatre

Significant academics and artists are intended as keynote speakers. There will also be a group of young academics that will present the results of their discussions in a keynote speech. Alongside the classical keynote and panel formats, the latter with three lectures of 20 minutes, the congress would like to encourage contributors to try out other contribution formats. We are also seeking suggestions for lecture performances or group presentations at a length of 60 minutes, given by up to six academics with a discussion afterwards. Alongside single talks, entire panels with three corresponding lectures may also be suggested, although the organisers reserve the right to enlarge or reconfigure the panels with respect to the suggestions they receive. A special young academics forum is not planned, although young academics are particularly encouraged to take part in this congress with their own contributions. Furthermore, one elementary component of the congress is mutual visits to theatre performances in local theatres as well as scenic contributions from students of the Hessian Theatre Academy.

The congress will advance the internationalisation of German-speaking theatre studies by putting on a series of panels in English that will run parallel to the German-speaking panels. We would thus like to encourage contributors from abroad to submit abstracts. We will endeavour to provide funding for the travel and accommodation costs of contributors from abroad from the German Research Community (DFG). In order to be eligible for this funding, please submit your abstract by the 1st of April.

For those of you who do not need funding, please send your abstract or suggestion for a panel (max. 500 characters) by the 30th of April 2016 to the following email address:

The organisers will arrange the financial means to free those whose suggestions for a lecture or a presentation are accepted from the conference fee, inasmuch as they do not have the opportunity to receive this funding elsewhere. Please tell us when you send us your suggestion if this applies to you.

For hotel reservations, please check the list of hotels on the congress homepage from the 1st of May on:

If you want to take part in the congress, please register on our website from the 1st of June 2016 on.