CfP Conference "Text, Performance, and the Production of Knowledge" 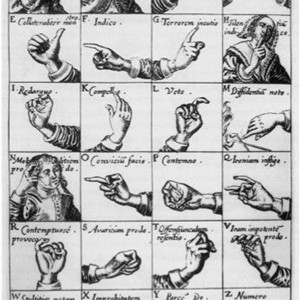 CfP for the international and interdisciplinary conference "Text, Performance, and the Production of Knowledge" to be held at the University of Amsterdam, 26-28 January 2017

Within the last decades, conceptualizations of text and performance (such as textuality and performativity) have been extensively used in diverse fields of knowledge (such as ethnography, anthropology, cultural studies, science studies, gender studies, post-colonial studies, theater and performance studies) to describe, analyze and interpret culture, its languages, practices, rhythms and styles, as well as its iterations and transformations. In linguistics and language philosophy, often referred to as a conceptual vantage point, text (as langue, language, écriture) and performance (as parole or speech act) are seen as mutually dependent rather than exclusive. Subsequently, there has been an ever-growing awareness for epistemes and epistemologies which arise precisely from the relation of text to performance, its inaptitudes, incongruities, tensions, frictions and ruptures as well as its capacity to grasp reality in its multiple layers and facets. This holds particularly true for the cultural-historical and conceptual dimensions and manifestations of this relation, such as oral and scriptural cultures (Paul Zumthor), tactical and strategical practices (Michel de Certeau), archival and embodied memories (Diana Taylor), tacit and codified knowledge (Michael Polanyi). Epistemologies evolving from these relations address questions of un/translatability, in/codifiability, in/projectability, an/aesthetics as well as experiences of loss, suppression and forgetfulness.

Against this background, the conference sets out to explore the production of knowledge emerging from and originating in the relationality of text and performance and its cultural-historical and conceptual dimensions and manifestations in a historical and historiographical perspective. How does this knowledge become referential or topical? Where and how is it stored? How can it be conceptualized historically as well as historiographically? We invite contributions not only from Drama, Theater and Performance Studies but from all disciplines which are interested in new historiographies originating at the threshold of text and performance.