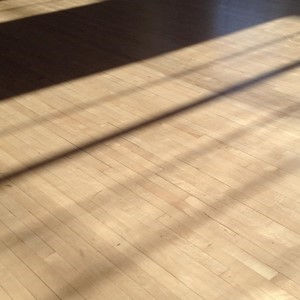 Summary of the 2017 pre-conference events by Matteo Bonfitto

On Friday, we started a reflection on Embodied Processes. In this respect a multi-layered frame was proposed and six Case Studies were referred to.

Concerning the frame, some layers were associated with artistic as well as conceptual references. Following this path embodied processes could be seen through an articulation of potentialities. Some questions emerged then: could embodied processes be perceived through a sort of expanded notion of physical theatre? Could such processes be associated with Lyotard's Theatre of Energies and Intensities or with the notion of materialities, as formulated by Erika Fischer-Lichte? How can we deal with the large spectrum which encompasses the territory of embodied processes, from physical action to mindfulness?

Regarding the six cases, all of them were examined through short audiovisual material and were related to a specific notion of embodiment: Antonio Nóbrega;  Dzy Croquetes; Marcelo Evelin; Lia Rodrigues; Cena 11 and Nego Fugido.

I think that these immersive experiences contributed significantly to the development of our work during the conference as well as to the Long Table, a creative procedure proposed by Ben on Friday morning (July, the 14th). However, some questions emerged which concern the duration of the practical sessions and the necessity of having more time to embody the materials proposed by Kaya and Angela.