INTERNATIONAL SYMPOSIUM: "Limits of the human, machines without limits? Contemporary stage and robotics: exchanges and collaborations" 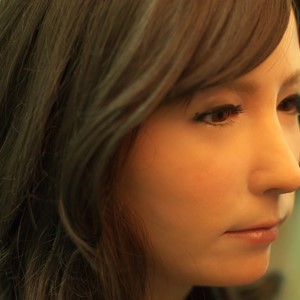 We propose a debate focused on scenic realizations and specific robotic devices as well as on the collaborative modalities on the stage.

"Limits of the human, machines without limits?
Contemporary stage and robotic: exchanges and collaborations"

Many artists today have introduced robots into their creations, questioning aesthetic visions and exploring trans- and posthumanism. Robots continues to populate contemporary fiction (e.g., “Anthropozoo” 2003, “Gzion” 2010), essays (among others “Humanity 2.0. The Bible of Change” 2007 and “Do Robots Make Love?” 2016), films (such as “Transcendence” 2014, “Automata” 2014 and “Ex Machina” 2015) and TV series (“Real Humans” 2012 and “Westworld” 2016) (Atallah et al., 2012). In theatre, the character of the robot has a long history, linked to the primordial exploration of otherness and to the relationship between the animate and the inanimate, the organic and the inorganic, as well as to the theatrical objects par excellence: the mask and the puppet. The term robot itself was first used in the play “R.U.R (Rossumovi univerzální roboti)”, published in 1920 by Czech playwright Karel Čapek, at a time when machines, mechanical bodies and body mechanics were at the heart of the 1920s avant-garde (Plassard, 1992).

Human-machine interface, bionics, prosthetics, nanotechnologies are innovations that can be seen both as beneficial (for people who have lost a limb and who can benefit from prostheses) and problematic. They raise fundamental ethical questions:  is a person wearing a bionic prosthesis more than a person? At the same time, these innovations stimulate the artistic imagination. The stage becomes not only a space for multiple transpositions and interpretations of these questions, but also a laboratory for experimenting with robotic contraptions (Parker-Starbuck, 2011; Fergombe, 2014).

Often finding inspiration in the science fiction literature or in contemporary philosophical essays, stage creation is also inspired by scientific research dedicated to robotics – notably the field of “social robots” – often relying on experimental lab prototypes (Paré, Grimaud, 2011). Other cases lead to public performances. Oriza Hirata, for example, integrates in his performance “Sayonara” (2009) an android (named “geminoid”), designed in the ATR Hiroshi Ishiguro Laboratories, which is the copy of a 25-year-old Japanese girl. The interaction with the actress on the stage is pushed to the point of placing the robot in an acting situation. In Stefan Kaegi's “Uncanny valley” (2018), the human figure on the stage is completely replaced by the animatronic double of writer Thomas Melle, who then gives a lecture performance on the human-machine relationship, with elements from Melle's autobiography, from the life of scientist Alan Turing and from the making-of of the robot itself. Other artists, on the other hand, choose to distance themselves from realistic representations of the human being and cyborg hybridization, and instead explore the poetic and metaphorical possibilities of machines by working on their behaviour and performativity, as in Heiner Goebbels' “Stifters Dinge” (2007), Romeo Castellucci’s “Le Sacre du printemps” (2014) or Joris Mathieu's “Artefact” (2017). Here, their creation hybridizes with a particular form of contemporary art: performative installation or, to use W. Forsythe’s expression, the Choreographic Objects.

Theatre productions can also be seen as a staging of plausible and shared models of interpersonal dynamics between humans. For roboticists, this translates into the development of coherent socio-cognitive behaviours that give to  spectators the illusion of liveness, a feeling of being in the presence of intelligent and socially conscious creatures (the sonzai-kan, the “feeling of being in the presence of another person”) (Sumioka et al., 2014). In similar terms, the stage can be considered as a privileged space for the study of human behaviour, where different technologies can be deployed to capture and model human sensorimotor contingencies. Consequently, the stage becomes an ideal semi-structured setting for the development of metrics, models, techniques and algorithms capable of describing the interaction between humans and socially intelligent robots (Vinciarelli, 2011).

We wish to focus this symposium on the ultra-contemporary period, from the 2000s to the present day, a period when the idea of the “Uncanny Valley” defined by Masahiro Mori in 1970 has been explored in an unprecedented way, notably by androids developed by the Japanese and Chinese (Hong-Kong) laboratories and industries, as well as by research on the autonomy and behaviour of machines. A robot on stage creates new challenges, not only for artists, but also for engineers, theorists and analysts (Pluta, 2016).

Eduardo Kac pointed out in 1997 that the most important issue in the context of the hybridization of robotics and art is the definition of the robot (Kac, 1997). We believe that other questions arise in our context: what is the relationship today between theatre artists and robots? What are the results of the clash of two logics, the logic of programming and the logic of theatre? How are the real issues of scientific research - algorithmic design, robot autonomy, artificial perception and  memory, improvements in facial micro-movements, fluidity of motricity, questions of action and interaction - artistically transposed on the stage to achieve machine performativity that is effective from a theatrical point of view? How is the stage presence of a robot currently defined? How do human actors, still present on stage, interact with robots and appropriate such tools that are often new to them? How is the creative process carried out in the extended spaces between the stage and the tech research lab?

We propose a debate focused on scenic realizations and specific robotic devices as well as on the collaborative modalities on the stage. The stage and research in tech labs will be at the heart of our discussions. The technological imaginary, speculations and hypotheses concerning the future of humanity and of the organic body will also have their place, but will not be the focus of the symposium. The objects of analysis will be, on the one hand, scenic forms and, on the other hand, robotic devices and prototypes. We are interested in forms derived from theatre, dance, circus, installations, but also in performative forms in the public space.

We will seek to grasp what are the new stakes between the artistic practice and scientific research, while reserving a place for post- and transhumanist philosophical reflection, for digital humanities as well as for questions coming from neurosciences and cognitive science (whose results are often used in robotics).

Talks will cover problems related to aesthetics, collaboration between theatre and robotics, as well as epistemology. More specifically:

1.  How do we organize a collaboration between theatre and robotics?
This axis aims at questioning the contexts of production and creative processes, as well as the different conceptions of projects linking theatre and robotics extended between Art-Science-Technology projects, experimental methods, transdisciplinarity, interdisciplinarity, focusing on collaborative modalities. How is a stage project integrating robotics organized? What work rhythm is envisaged? Do the teams work separately or together? Do the artists come to the technological laboratory? Do the engineers come to the theatre? Do the robotics technicians accompany the show on tour?  Are there any difficulties to consider or tips to apply? How is the financing of the project organized? What will be the institutional arrangements?

2.  How do we build a commun approach and a dialog between artists and engineers?
This axis wishes to explore methods applied to a project such as Artistic Research, heuristic approach, scientific methods etc. What will interest us is the communication between artists and engineers and how to create a constellation of notions specific to robotics and theatre that are convened in the context of an interdisciplinary project. How are these terms used in a mixed context, extended between art and science, between a laboratory and a stage? Will we be able to observe transfers of the terms and their reappropriation in a new field? What is left of definitions such as: presence, repetition, test, program, score, metaphor, failure, error, etc.?  What consequences does an artistic project integrating robotics have for the epistemology of theatre and robotics?

3.  How do we stage robots?
This axis addresses work involving various robotic devices, whose dramaturgical and performative roles we would like to play. The following questions arise: What is the place and function of the robotic device in a live performance? How is it integrated into the stage? What are the limits and possibilities of human-machine interaction, action, performativity, situation of the play? How, from an aesthetic point of view, can a robot be considered in an artistic work? Is it an actor in its own right, an extension or a partner of the human actor? What challenge does this situation represent for him or her? Is he or she faced with the need to reinvent his or her acting skills? How is a dialogue constructed when the artist applies a chatbot? Can we talk about dramaturgy as defined by the art of theatre? What will be the dialogical freedoms and constraints between an actor and a conversational program?
4. For what purpose(s) this kind of project?
This axis proposes to discuss the question of the purpose(s) resulting from an interdisciplinary project. The sociology of art underlines the multiplicity of this purpose(s) (Fourmentraux, 2011) which can take the form of a performance or other performative form, an installation, a presentation in a technological forum. The question that arises here is: to what extent does the device remain integrated into the work? What will be the contexts of presentation of the work, of the device? Does the work have an end? What can we say about its authorship: who signs it?  What are the themes and questions that artists address when they integrate robotic devices in their creations? What are the effects they wish to provoke on the spectators? What about the reception of these creations?

Submission should include an abstract and a short biography. Material should be prepared in English. Submissions should be about one page long and they should be sent to the following addresses: theatre.robotics@gmail.com and Izabella.Pluta@unil.ch before November 30th, 2020. The symposium will be held in English (there will be no simultaneous translation).

4. Speakers should send their proposals in English (25-30,000 characters) to the Organising Committee, in a pre-defined version: before October 2nd 2021: