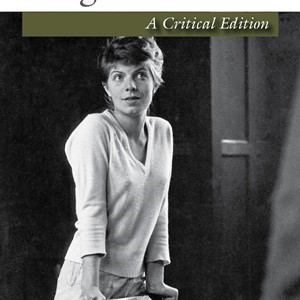 The Plays of Margaret Drabble

"As in her novels, Drabble is revealed in the plays as an acute observer of the changing mores and intractable presumptions that mark British life, but also as a consummate artist, adept at adjusting her vision—and tuning her ear—to the demands of a different medium. With the fascinating critical commentary here by Fernandez et al., this volume will prove essential for any study of Drabble and of the role of women and the fate of the middle class in post-war Britain."

"Even after several decades of close investigation, the role played by women writers in the theatre and television of the 1960s remains frustratingly hidden. This timely book, gathering together two previously unavailable plays by one of the most significant female novelists of the late twentieth century, helps to fill the gap."

Award-winning British novelist Margaret Drabble is renowned for her fiction, stories that gave voice to the new woman of the 1960s and continue to illuminate the conflicting roles of women in the twenty-first century. Drabble’s long affiliation with the theatrical world also inspired her to experiment with the dramatic form. She wrote two plays—one for television, Laura (1964) and one for the stage, Bird of Paradise (1969). Fernández’s penetrating new critical edition makes both plays available for the first time, giving Drabble fans a new vantage point from which to understand her work. In Laura and Bird of Paradise, Drabble mines the familiar territories of social class, domestic life, and questions of destiny that have been the hallmark of her writing. Like her novels, both plays reveal a deep curiosity about the world and a piercing commentary on the social issues of her time. The volume’s introduction and accompanying critical essays give valuable insight into the plays’ historical and social context, and explore the artistic solutions that an accomplished author of fiction found when writing for the stage. Offering a fascinating complement to Drabble’s prodigious oeuvre, this volume also provides a glimpse into a specific period in English letters, one that shaped an influential generation of writers.

Margaret Drabble is the author of The Dark Flood Rises, The Seven Sisters, The Peppered Moth, and The Needle’s Eye, among other novels. For her contributions to contemporary English literature, she was made a Dame of the British Empire in 2008.

José Francisco Fernández is a lecturer at the University of Almería in Spain. He is the editor of a collection of short stories by Margaret Drabble, A Day in the Life of a Smiling Woman: Complete Short Stories.